The SSE Scottish Women’s Cup Semi-Final draw was be conducted today from BBC Pacific Quay. The draw was filmed and then broadcast via the BBC Sport Scotland Facebook page and is available to watch below:

Scotland’s top two teams have been drawn to face each other in the SSE Scottish Women’s Cup Semi-Final.

Hibernian and Glasgow City have faced each other in the last three finals but this time only one will make it to Firhill Stadium on Sunday 4th of November. The other tie sees SWPL 1 side, Spartans, who were finalists in 2014, take on runaway SWPL 2 champions, Motherwell.

Speaking after the draw was conducted, Scotland Women’s National Team Manager, Shelley Kerr, said, “It’s very interesting (the draw). Not being disrespectful to the other two teams but you’ve obviously got the favourites, Glasgow City and Hibs, and that’s a terrific tie in prospect. I also think Spartans and Motherwell brings a lot of excitement because it’s an opportunity for a team to get to the final.

“Glasgow City are off the back of their UEFA Women’s Champions League away leg victory, a great result away from home. They’ll want to continue that momentum going into the Semi-Final. It won’t be a revenge thing but with Hibs being the holders and winning back-to-back, there’s absolutely no doubt that Glasgow City will want to try and win the SSE Scottish Women’s Cup.

“Eddie Wolecki Black has done a fantastic job with Motherwell and now moved on to Celtic. They’ve romped their league this season. Spartans have maybe underachieved in terms of the league so far. They’re vying against Hamilton Academical at the bottom right now.

“To get into a Semi-Final for both those teams is a great achievement so that’s got the makings of a really exciting tie as well.”

Tickets for the SSE Scottish Women’s Cup Final are already on sale and Shelley hopes the recent progress in the women’s game will see large attendances at the next three cup games.

“It’s a great time for people to come along and watch the product we have here in Scotland. I was at a Quarter-Final on Sunday between Edinburgh University Hutchison Vale against Hibernian and they had a record crowd.”

Senior Sponsorship Executive for SSE, Fiona Gage, added, “For the Semi-Final and the Cup Final, fans should definitely get along. It’s a great family day out, no matter the result. It’s a great atmosphere. Everyone should be getting behind the women’s teams and cheering them on to success.”

Both Semi-Finals will take place on Sunday 14th of October at Forthbank Stadium, Stirling. Hibernian and Glasgow City will kick-off at 12:00 and Spartans v Motherwell at 15:00. Tickets will be available at the game and will be priced for both games at £5 for adults, £2 for concessions, and U16’s go free.

The same pricing applies for the Cup Final on Sunday 4th of November, with tickets available to purchase by clicking here. 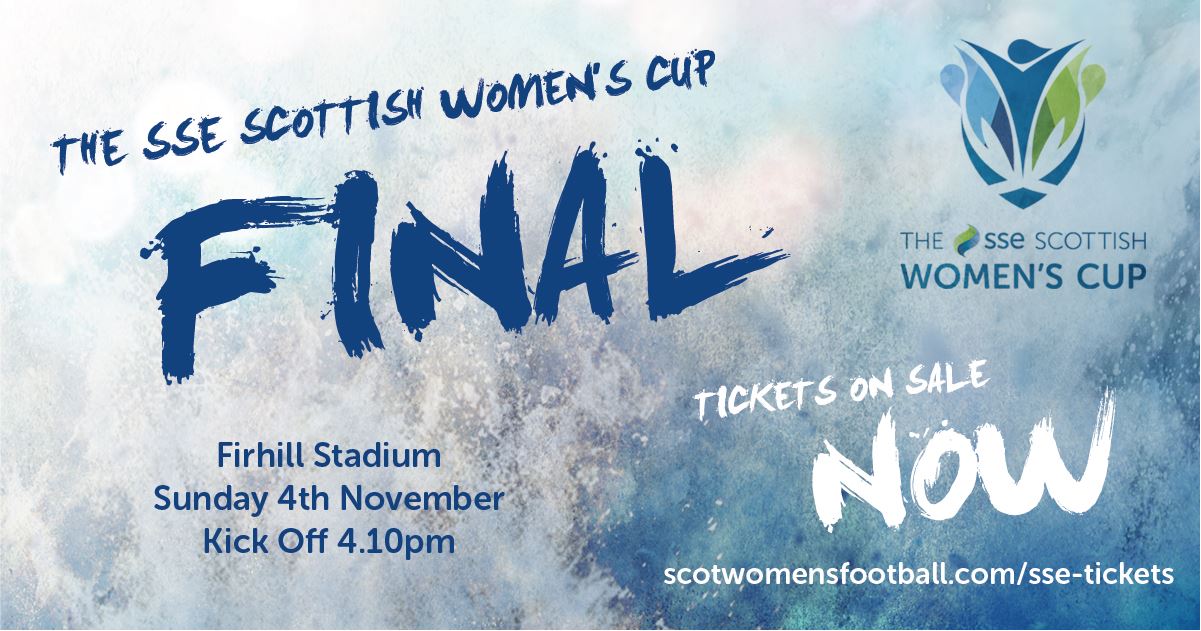