Park’s Motor Group have been confirmed as the sponsor of the Scottish Women’s Premier League (SWPL) for the 2021/22 season as part of an exciting new commercial agreement for the league.

The deal ensures the continuation of a headline sponsor for the top women’s league in Scotland.

Scottish Women’s Football’s (SWF) Chief Executive Officer, Aileen Campbell, said: “This is a positive development for the girls’ and women’s game. Since my arrival as CEO, I know how important commercial income is to ensure we continue to grow the game and this deal is another step forward.

“This deal is a further sign that the game here in Scotland is deserving of recognition and investment. This will be the fifth continuous season that the SWPL has had a title sponsor. I want to thank all those involved in our game for helping make that possible and for continuing to help us grow and develop the sport we all love.”

Park’s Motor Group’s Marketing Director, Graeme Park, said: “We are delighted to be supporting the women’s game at this exciting time. Park’s has a rich history within the men’s game, with our coaches being used by many teams across the years as well as providing sponsorship and support to many clubs. We’re excited to be extending our involvement in Scottish football and helping to further grow the national game.”

SWF Chair, Vivienne MacLaren, added: “This is a historic moment for SWF, the SWPL, and the entire game. To have a brand such as Park’s Motor Group show their support to girls’ and women’s football in Scotland is a sign of the work that has been done and the progress we plan to make.

“The COVID pandemic was difficult for everyone and I’m sure many had concerns about the momentum of the game. However, today’s deal showcases that the Scottish game is more attractive to commercial sponsors and partners than ever before.” 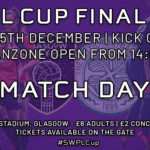 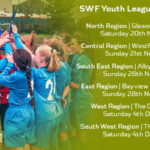 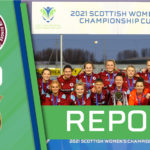