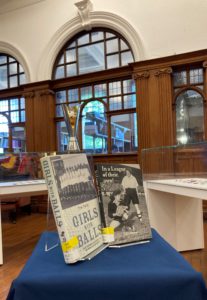 Speaking at the visit, Aileen Campbell said: “Women’s football fought for recognition in the 1970s but the growth in the game since has been huge. This season has been a breakthrough with increased professionalism and more people watching women play football, both in stadiums and at home.

“The Biffa Scottish Women’s Cup final at Tynecastle on Sunday is the showpiece finale of this historic season, where either Glasgow City will recover from losing their 14-year premier league dominance with silverware, or Celtic Women will claim a momentous cup double, having won the SWPL League cup against City in December.

“The stakes couldn’t be higher, and we look forward to welcoming everyone to Tynecastle on Sunday, where adult tickets are only £5 and kids tickets are free.”

You can purchase your tickets here